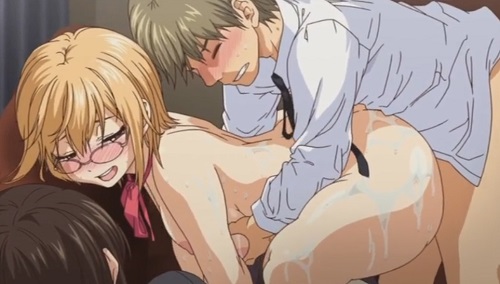 Queen Bee Studio has announced an anime adaptation of the doujinshi “Harem Cult side HAREM”, at the moment two OVAs on this doujinshi are planned, each of which will contain two chapters of the manga.

The first chapter of the manga tells about a boy who is harassed by several girls from the photography club. After that, the girl invites him to her home to talk about it, but when he comes there, he sees that she kidnapped the president of the photo club, after which they both want to take revenge on her, as they became victims of a strange perverted student organization reigning within the walls of this educational institution. In the second chapter, the brave duo gets into a fight with a girl from an athletic club, and in the third they take on a teacher who was also involved in this dirty organization. And finally, in the fourth, both are captured by bandits to be punished for interfering where they should not.

This will close in 0 seconds